Vishwa Gujarati Samaj, established in the year 1989 by World Gujarati Community gathered in the World Gujarati Conference at Ahmedabad. It was inaugurated by the then Vice – President Dr. Shankar Dayal Sharma and was presided over by Late Shri Hitendra Desai, Ex-chief Minister in presence of delegates from more than 100 countries. Amongst the delegates present were prominent Gujaratis known for dedicated social services, literary figures, academicians, entrepreneurs, industrialists, leading politicians, renowned scientists and persons from different walks of life. The organization was headed by Late Shri Hitendrabhai Desai till August 1993.

Vishwa Gujarati Samaj, working as an Umbrella Organization, has grown from strength to strength within a span of 27 years under the dynamic leadership of the renowned lawyer Shri Krishnakant Vakharia. Large number of programms were organized in different parts of the world including Ahmedabad, Vadodara, Rajkot, Nadiad, Mumbai, Hong Kong, Singapore and various other countries as part of its Silver Jubilee in year 2014. The Samaj has acquired worldwide recognition as an International organization of World Gujarati Community. We are active as Umashanker Joshi said : ‘Hu Gujarati Bhartvasi’ ane ‘Vishwanivasi’.

Creating a Gujarat International Centre is one of the important future projects of Vishwa Gujarati Samaj. 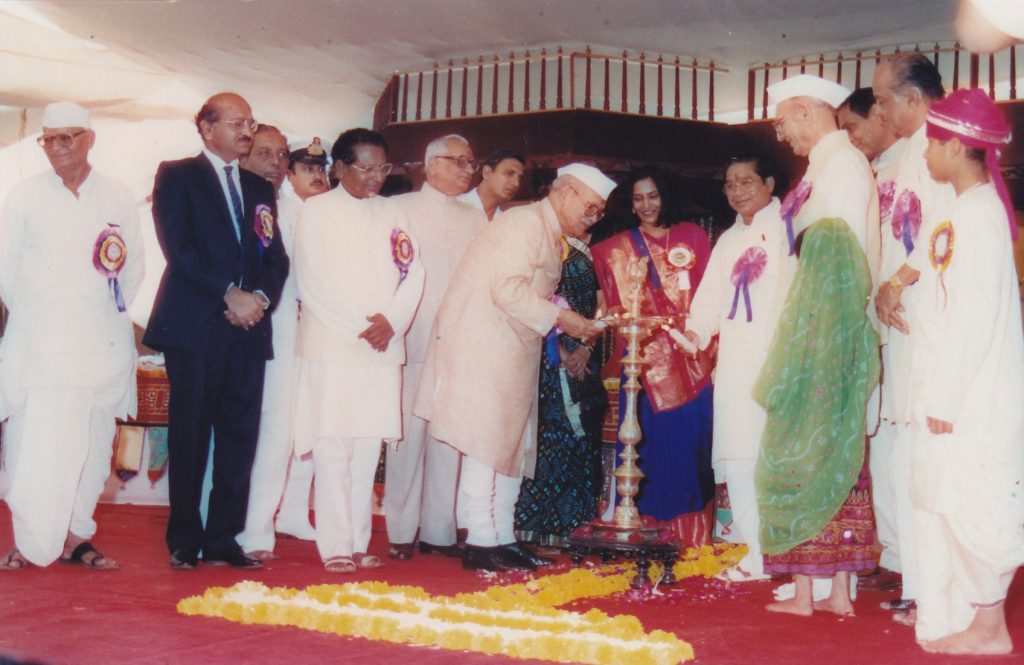 International Women’s wing, a tributary of Vishwa Gujarati Samaj, an umbrella organisation of Gujaratis world over

Another important activity of Vishwa Gujarati Samaj is to publish books relating the state of Gujarat and the people of Gujarat settled around the world.